The Rise in Treasury Bond Rates 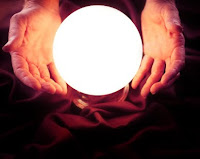 Do-it-yourself investors are closely watching Treasury bonds and wondering whether the recent rise in yields is the beginning of the often forecasted upward move or merely a blip that will shortly reverse. As part of this process, observers pay careful attention to the Treasury bond auctions. As shown on the Bloomberg calendar, this past week has been a heavy week in Treasury issuance, culminating with yesterday's 30-year Treasury (the so-called "long bond") auction. The results, as reported by Bloomberg, were not so good:

Results are very weak for the monthly 30-year bond auction which tailed by two basis points. The auction stopped out at 3.820 percent vs. a 1:00 ET bid of 3.798 percent. Coverage wasn't bad at 2.73 but dealers got stuck holding a 55 percent share of the $13 billion offering, the largest share in nearly a year. Given the recent run of less downbeat economic news, today's results point to investor expectations that rates at the very long end may begin to rise. Demand for Treasuries is easing following the results.

To gain some perspective on yields, a useful source is the "Daily Treasury Yield Curve Rates" published by the U.S. Treasury.

Treasury issuance, although a big part of the puzzle, is not the only part- there is also supply from other areas. In the corporate sector:

Alas, nobody said this was easy. In effect, we are trying to put together a puzzle where we don't have the picture on the box. My feeling is that yields will go a bit higher - 10-year yield slightly above 3% - but the overriding factor will be, as always, how the economic data plays out.

Where do you think yields are headed?


Posted by Robert Wasilewski at 7:12 AM