Does Your Investment Approach/Withdrawal Strategy Pass the "Sinatra Test" ? 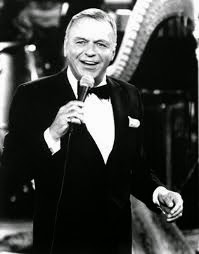 As Ol' Blue Eyes crooned about moving to "New York, New York," the chorus belted out "If I can make it there, I can make it anywhere."

Today the so-called "Sinatra Test" is a credential measure.  If you've got the security contract for Fort Knox, you can handle the security anywhere.  If you cater a White House function, you can cater anywhere - no more questions asked!  I came across this concept in an interesting little book,

Well, what about your investment philosophy/withdrawal strategy?  I would argue that a good Sinatra Test would be looking at retirement in 2000.  Stocks dropped the first 3 years and later hit a huge air pocket in 2008 and early 2009, known today as the "Great Recession."  This was a  period where many investors left the market, never to return.  Some label the first 10 years as the "lost decade."

Many retirees effectively blew their retirement by trying to jump on the internet bandwagon and then getting aggressive as the market reached new highs in 2007.

A heart stopper for the year 2000 retiree was 3 consecutive down years right at the start--one of the worst fears of the newly retired.  The 2008 housing crisis debacle piled on angst for stock pickers, tactical asset allocators, and market timers as the financial system was brought to its knees, requiring unprecedented monetary policy stimulus in conjunction with super aggressive fiscal policy.

Thus, the period from 2000 to present represents a "Sinatra Test."  Investment philosophies and withdrawal strategies that made it through this period could make it through just about any period.

To explore the most widely used withdrawal rate rule-of-thumb and basic low-cost index strategy, I turned to my favorite chart -

adjusted annually for inflation as measured by the Consumer Price Index year-over-year change.  The portfolio used was the diversified portfolio presented in the BlackRock chart.  Indexers know that the portfolio can easily be replicated using low-cost index exchange traded funds.  It should be noted that, with a little creativity using the BlackRock data, it is easy to change the asset allocation.

The exercise is shown in the following table:

The bottom line is that the investment approach worked well.  As shown, at the end of the period, the 79-year-old retiree has a portfolio value almost equal to where it started.  The largest percentage amount draw down was in 2009, where almost 7% of the portfolio was withdrawn (50,024/716,625).  It is worth noting that one suggestion commonly made is to forego the inflation in down years for the market.  Another point of interest is that, if the retiree kept the assets in cash, the value of his or her holdings would have been $282,383 at the end of the period.
Posted by Robert Wasilewski at 6:51 PM 2 comments

I'm primarily an indexer and passive dividend stock investor.  Thus, I don't hunger after economic data during the course of the market day or breathlessly wait for the next pundit coming up on CNBC.  But I do like to feel like I know what is going on in the market and  like I understand the major influences.  To that end, I begin my day gathering data.

I go to MarketWatch and begin at the data source shown:

I first record the yield on the 10-year Treasury Note (1.79) and the German 10-year Bund yield (.32) and then calculate the difference.  That difference, as shown, is now 1.47%.  So, even though the U.S. rate is anemic, it is considerably higher than the German rate as well as most of the other yields shown in the table.  Other things equal, U.S. rates are enticing to many in the global markets.

Next I click "FX" and record  "WSJ $ Idx, a basket of currencies, as well as the euro.  Both of these have moved higher.  On January 14, for example, the WSJ Idx and the euro stood at 84.02 and 1.18, respectively.  Today they are at 85.40 and 1.12, respectively.  The bottom line is U.S. Notes and Bonds look very attractive to global investors both on a yield level basis and dollar appreciation basis.  This was the major factor confounding prognosticators in their prediction that rates would rise in 2014!

I next click "Futures" and record both the price of oil and gold.  In reading Barron's "Roundtable," I have gotten chuckles, as I'm sure some of you have, over the hand-wringing by participants of the failure to foresee the collapse in oil prices.  Some of the participants seem to question the whole pundit/prediction exercise!

All of this takes less than 10 minutes in the morning and gives me a good feel for how markets are behaving.

A couple of years from now, I will surely be tracking different indicators.  That's the nature of markets - what is important at various times changes.  There was a time when the P/E ratio on internet stocks was a driving factor.  At another time, it was the rate on adjustable rate mortgages.  Today it happens to be the spread between U.S. interest rates and global rates along with the value of the dollar.

Since some of you may go to the MarketWatch site, it is a good time to tout the "RetireMentors" which can be found by clicking the "retirement" link at the top of the homepage.  IMHO, this is the best ongoing collection of articles online for people interested in retirement.
Posted by Robert Wasilewski at 8:30 AM 0 comments 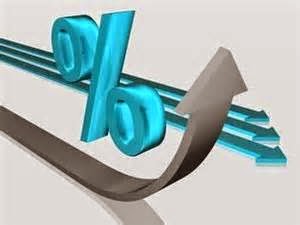 Sometimes people get the impression, from the way percentages are calculated, that to get back to even a stock has to go up much more than it dropped.  Here is a simple example:  suppose we buy a stock at $2/share and it drops to $1/share.  By the conventional way of calculating percentages, this represents a decrease of (1-2)/2 = 50%. The formula is:  (ending value - beginning value)/beginning value.

To look at this another way, check to see if you are really ahead if you buy a stock that round trips from $1 to $2 and then back to $1.

As an FYI, this is one area where economists are not lazy.  In dealing with elasticities, it is necessary to calculate percentages; and the approach economists use is to take the average of the prices for the divisor.  This would make a move from $1 to $2 a percentage change of 1/1.5, or .67%.  If it goes back to $1, the change would be -.67%.


Posted by Robert Wasilewski at 8:36 AM 2 comments

The diversified portfolio allocation is an appropriate benchmark for many  individuals in their 40s and even early 50s, depending on their specific risk tolerance.  The table contains sufficient data, however, to construct a benchmark and analyze performance for any specific allocation; and, in fact, the allocation can be changed over time using the data in the table--as it should be as an individual ages.

Voluminous data from unbiased academic studies have been presented over the years showing that a diversified portfolio of low-cost funds outperforms upwards of 70% of active managers over the longer term, after all costs are taken into account.  These studies cover various time periods, countries, asset classes, and investment methodologies.  In line with this data, the low-cost diversified approach warrants consideration as a benchmark for investors.  It shouldn't go unnoticed that the approach economizes on the investor's time.

Below is an update showing the approximate performance of the diversified portfolio's sectors for the 12 months ended 12/31/2014.  Overall, the portfolio returned approximately 7.96%.

For the year, sector performance was mixed.  Large Cap Growth  (IWF) and Large Cap Value (IWD) achieved the highest performance with double digit returns.  International (EFA) had a negative return. The surprise for the year was the solid 6.04% return of the bond market (AGG).  Most forecasters believed rates would rise in 2014!

As a point of reference, a 7.96% average annualized will double your money in 9 years.


Disclosure:  This post is intended for educational purposes only.  Past performance is not indicative of future performance.  Individuals should consult a professional or do their own research before making investment decisions.

Posted by Robert Wasilewski at 10:52 AM 0 comments