We walked the railroad tracks, then a short ways through the Connecticut woods, picking blueberries along the way. Trays of hot donuts, chocolate eclairs, and various breads fresh from the ovens. Treats offered up as we entered to see my Aunt Sally.

At night Aunt Sally  brought leftovers back to the apartment in the Three Rows Greek village - the row house village of mill workers - many of whom didn't speak English.  The summer nights were long and hot, and we kids exploited them to the fullest.  After dinner we grouped among the row houses to start up a game of kick-the-can. We ran until it was pitch black - older kids, younger kids - all joined in.  The adults sat on the steps, talked and watched.  Many not long from Poland and other Eastern European countries.

Sweaty, laughing, jostling we made our way to our respective small apartments at the end of the night.  Shortly after bathing and eating a Duffy's Bakery donut, Uncle Ernest came in from his job as a mill guard.  He plopped in front of the little black and white TV set in time for the start of "Have Gun Will Travel."  We spent the summer watching his beloved Westerns including his favorite - "Gunsmoke."

Fast forward a few decades and I'm getting up in the dark.  I'm driving to Shady Grove Metro to get to downtown D.C.  Managing money for pension funds, corporations, and endowments.  On the best of days, it was 1 hour 25 minutes one way door-to-door.  On many days, it was considerably longer.  At the end of the day,  I return home in the dark.  I am paid more than I am worth - but so is 99% of the industry.  I have a big house, a big SUV, and a TV that gets at least 50 channels - I have never actually counted them, although I have been tempted on stressed-out nights when I could find nothing to watch. 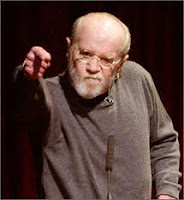 Weekends came and I vegged out, pretty much oblivious until the alarm went off on Monday morning.  Stuff piled up.  I know because I'm in the process of downsizing and have been involved in getting rid of the stuff.  I mentioned this to a friend, and he recommended I watch George Carlin's routine on "Stuff."

Three Rows Greek Village is still there.  Mostly boarded up, although there are a few apartments still occupied.  The mills are closed, so it is no longer a gateway for immigrants into American life.  The factories moved South and then overseas - it's all part of America's economic  history.

And I wonder when in my life have I been the richest.  I wonder how we measure being rich.  Is it just about piling up dollars?  Bloomberg thinks so.  They have a list of "...the world's richest people."

When were you the richest?
Posted by Robert Wasilewski at 8:36 AM