What is the Debt Ceiling?

First off, it is a ceiling we bump up against every few years and it has to be raised. The choice is whether we go off the cliff or survive to fight another day. Sort of like early 2009 when the Treasury and Federal Reserve were guaranteeing and buying everything in sight to prevent another Great Depression. Basically, bumping up against the ceiling presents a great opportunity for our elected officials to pontificate against excessive spending and the need to live within our means as an interlude to their spending like crazy.

Currently the ceiling  is at $14.3 trillion. Treasury Secretary Geithner needs it raised because he is the one doing the borrowing, and he has the spectre of a U.S. default if it isn't. Rating agencies even talk of lowering the credit rating on U.S. debt. We all know how well they've done their job in recent years.

Again, this three-ring circus of raising the limit happens every few years; and when it does, Treasury bond holders look at each other and wonder if the U.S. could default. These days this includes the Chinese and others who have lent us the money by buying Treasury bills, notes, and bonds so we could buy their goods. On occasion, these debt ceiling episodes have been like the final seconds of a NCAA final four game with the ball bouncing on the rim. But, the fact that we are still here and haven't gone the way of Iceland, or Ireland for that matter, tells you our elected officials have always raised the limit so they can go on with their spending. 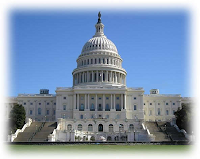 Usually, all of this is good to get politicians really good sound bites and bond holders blood pressure rising. This time is, however, a bit different because the partisanship has ratcheted back up and the Republicans are desperate to be seen as tightfisted with taxpayer money. Furthermore, the federal deficit exceeds $1 trillion and other countries, importantly those holding our debt, are questioning our fiscal management.

IMHO, there is no question that it needs to be raised. The American people, I believe, would prefer that Congress increase it without a lot of fanfare - but realistically, as long as there are cameras and microphones we know that won't happen. Nevertheless, holding down the rhetoric would be greatly appreciated. Most importantly, a line in the sand should be drawn. Barring a major war or a significant spike in the unemployment rate, the debt limit should not be increased further. To approach the level of GDP is ludicrous. Today we have prime 21st-century examples of what happens to countries whose debt gets out of control.
Posted by Robert Wasilewski at 8:10 AM