How Did My Investments Do? 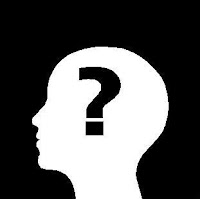 Thus, the advisory firm had not only performed badly; they had performed horribly.  That's the problem.  The bigger problem is that clients walked away not knowing they had been horribly served.

The issue is just as prominent when the market rises.  I was looking at an account statement this week for a variable annuity that had risen over 11% from 10/2/09 to the present.  The client was satisfied.  But over that period, the S&P 500 returned in excess of 27%!  The annuity, of course, had other investments; but still, it was clear, once you knew what happened to markets, that the annuity's sub account costs (and other assorted fees too numerous to mention) had taken a huge chunk out of the return.

These examples touch the surface of a widespread problem, in my view.  Simply, many investment clients are walking around with poor performance and don't know it .  They are unaware.  They don't know what questions to ask.  Many of them think they are doing fine.

Maybe it isn't a problem if you don't know.  The guy getting on the plane doesn't have an issue until he finds out you paid $200 less for your ticket and you're sitting in first class.  Maybe this is an "ignorance is bliss" issue.

Actually, many start to ask questions and look at performance more closely when markets drop.  Many others go along assuming "the professionals" know what they are doing.  Bad assumption!

My suggestion is for clients to pin down advisors on the benchmark their portfolio will be measured against ahead of time and to insist that the comparison be presented in all reports.

Incidentally, I know of one prominent advisor who insists his firm invests in so many asset classes they shouldn't be measured against a benchmark. All I can say is good work if you can get it!

One company is seeking to remedy this.  I've mentioned MarketRiders before and how their service helps DIY investors at a reasonable cost by specifying ETFs to buy to meet their portfolio objectives.  They have gone a step further and are publishing performance data on various allocations in what they call the "Portfolio Report Card."  The press release  describes this enhancement to their product.

As discussed in a previous post, I believe MarketRiders is worth checking out for the DIY investor.  Again, I am not affiliated with MarketRiders.
Posted by Robert Wasilewski at 7:59 AM