What is the Shiller P/E Ratio? 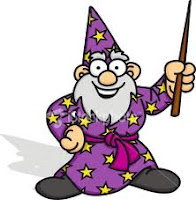 Is now a good time to invest in stocks?  This is one of the most frequently asked questions I get from potential clients.  I like it because then I can whip out my crystal ball, put on a turban and John Lennon glasses, and lower my voice to mysteriously claim "... I see the S&P 500 3 years from now at ...."  Seriously, though, there is a tool that DIYers should know about that is widely used for valuation purposes; and that is the Shiller P/E.

Bob Shiller, author of Irrational Exuberance, is credited with foreseeing the dot.com bust as well as the housing crisis.  He has been named one of the country's top 100 most influential economists.  He is one of the leading voices in the argument that markets are not efficient and uses his particular P/E construction in that argument.

We've looked at the P/E ratio as an important valuation metric before and have noted that there are various measures, including 12-month trailing earnings and expected earnings.  The Shiller P/E is based on the past 10 years earnings adjusted for inflation.  Here is a visual from gurufocus:

Notice in the graph where Shiller's P/E was prior to the dot.com crash in 2000 and the housing market crash of 2008.  In both instances, it was well above its historical mean - hence, its reputation as a valuation metric.

Today, as you can see, the Shiller P/E is 25% higher than the historical mean.  This would suggest that better opportunities for entering the market may be ahead.  Asset allocators may choose to use this tool to go to the lower bands in their targeted allocations.  Investors looking to enter the market may decide to average in, thereby expecting better entry points.

It is important to understand that this methodology assumes an inefficient market and that this inefficiency tends to dissipate over time - i.e., reversion to the mean takes place.

My assessment is that the tool is valuable at the extremes.  If it moves outside the 25% band from here,  asset allocators may in fact want to get a bit defensive and increase that defensiveness as the ratio moves further from its historical mean.  As a valuation measure, I believe it is one of the best around and would encourage anyone interested in assessing the market from a longer-term perspective to study and track this metric.  Furthermore, if you haven't read Irrational Exuberance, get a copy and read it - you'll be smarter because you did.

There is another use for Shiller's P/E that we'll take up in the future - as a guide for the safe withdrawal rate for retirees.  As always, this information is for educational purposes only.  Individuals should do their own research or consult a professional before making investment decisions.
Posted by Robert Wasilewski at 9:33 AM