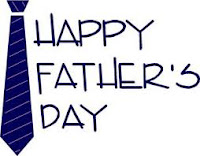 One way I value people is to the extent they get me to experience things in life I wouldn't have otherwise.  Each of my children has done that.

My youngest is Jill, aka "Bean," a professional pastry chef educated at the Culinary Institute of America (CIA) in New York.  Although I never got to see her play on the CIA men's basketball team (from what I heard, that's a good thing!), I did get to graduation.  Graduation at the CIA, as you might imagine, is not your typical graduation. Chefs serve an elaborate meal to show off their skills--complete with wine.  The guest speaker is typically from The Food Network - all on the beautiful campus on the banks of the Hudson River.  I've been to a lot of graduations--but none like that.

As part of her program, Jill  took an externship at Stella's restaurant in the French Quarter, New Orleans.  A bit pricey for the family, but we were able to at least go for the desserts (made by you know who!).

Jill took a room in the Lower 9th Ward.  This was the year after Katrina.  The family visited her for a week, and we got to see a side of New Orleans tourists don't often get to see.  It is easy for me to recall the family the last night sitting in the Great Room of the house where Jill rented a room (which she swears is haunted) after walking back from the banks of the Mississippi.

Jill called up last week and wanted me to guess who she had made brownies for.  After guessing Alex Ovechkin, Cal Ripken, Barack Obama,  Mitt Romney, and Miley Cyrus, I gave up.  She told me it was Warren Buffett!  I should have known - Warren Buffett is a man of simple tastes.  When the request came down to the kitchen, the head chef asked Jill if she could make brownies.  Asking a pastry chef if she can make brownies is like asking Bryce Harper if he can steal a base - "clown question, bro."

Lori, aka "Belle," ensconced in the middle, graduated from U of MD with a degree in Architecture.  As part of the program, she studied abroad in Italy where we visited at the end of her stay.  In visiting Venice, we did the usual gondola ride and, turning into one of the narrow alleys, saw the sun break through the clouds.  At that very instant, the group of school boys in the gondola ahead of us broke into an amazing rendition of Messiah.  It was one of those moments where, years later, you can close your eyes and bring it all back.

As other family members scoured the numerous shops in the alleys, I tried to envision the beginnings of modern day finance and the comings and goings of Casanova.

Most nights during our stay, we walked the streets of Vicenza trying out different flavors of gelato.

David is the oldest and lives in Alaska.  We have traveled from the East Coast to the Pacific Ocean on camping trips.  We have camped the Badlands in South Dakota.  We have driven the beautiful Natchez Trace to the Gulf of Mexico and, yes, broke down in Yosemite.  We have camped in Alaska.  On my second Alaska visit, we went to Talkeetna and took a plane to land on a glacier on Denali (Mt. McKinley).  The plane trip and the glacier walk around was an experience impossible to forget.

These are some of the experiences I would never have had if I wasn't a father.  They are what I enjoy recalling as I sit on the porch sipping red wine.  They make my Father's Day.


Posted by Robert Wasilewski at 10:12 AM