My Mentor Phil and the Housing Market 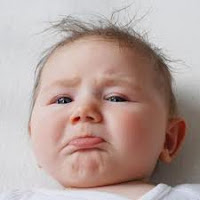 Early in my investment career I had a friend/mentor, Phil, who believed that the market does what hurts people the most.  He would sit down and talk out loud, reasoning with himself a likely course for events to unfold - both on the upside as well as the downside - that would be painful for investors.  In early 2009, as investors fled the market, he surely was questioning what would hurt investors the most. And it occurred - the market took off on a moonshot in early March as many investors stood on the sidelines with their 1% certificates of deposit.

Conversely, when  main street was piling into internet stocks in 2000, Phil's philosophy cast considerable doubt on the "this time it's different" mantra and expected a nasty outcome.  During that time frame, I was at a money managers' meeting where a boast was made that the prior week had garnered a short-term capital gain sufficient to buy a new Lexus.  Someone asked why a profit wasn't taken.  The response:  "and give up those types of gains in the future."

Now being naturally nosy, I queried the boaster a bit.  In his early 40s he had a portfolio that, if liquidated and put into U.S. Treasury bonds, would have afforded him, even at that young age, a very nice early retirement by most people's standards.  I would be willing to bet that today, in his early 50s, he is probably wondering how many years he will have to continue to work - a consequence of greed and not appreciating Phil's philosophy.

Today, of course, housing is in the pits, having morphed over the past 10 years from being the lynchpin of retirement plans to the elephant in the corner people are wondering whether they should just walk away from.

Phil would probably offer up the thought that maybe - just maybe - housing is ready to turn around. Phil's theory gave him areas to investigate.  What would he find in the housing market today?

The  money supply is starting to get some attention.  Banks are loaded with excess reserves and have a choice between pitiful Treasury yields or more attractive lending rates.  It looks like they are starting to make loans again:

In thinking along with Phil and trying to identify likely surprises over the next several months, the housing market is one to keep on the radar screen.  Wherever you are Phil, we're on the same wavelength.  I'm sure.

Posted by Robert Wasilewski at 9:15 AM