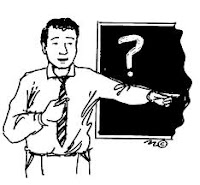 Tomorrow I talk to a group of kids from low income families on investing.  It is the last subject in a multi-week program on Financial Literacy put on by Making Change of Howard County.

What should my message be?  Should I get into the nitty gritty of how to invest in common stock by getting quotes, doing fundamental research, etc.?  Should I talk about p/e ratios, book value, and such? Or should I talk about the value of time and explain how money grows over long periods of time, what a 401(k) is, and understanding whether their employer offers a match?

I teach economics as a profession, so I have to start with some economics.  I'll try to convince them that they are, in fact, wealthy both in relation to the world today and to all the people who have ever lived.  I'll point out that there are billions of people on the planet who have no easy access to clean water, aren't sure where their next meal is coming from, and do hard physical labor even at a young age.  I'll point out that living in a free market, capitalistic economy means that the best and brightest among us are working 24/7 trying to figure out what we want in the way of clothes, music, cars, vacations, etc.  This extends to the medical field as well.

I'll point out that my ancestors 300 to 400 years ago were probably in northeastern Poland on the Russian border.  Historians tell us that they were self sufficient, probably never traveled more than 75 miles from where they were born, ate food that we couldn't stomach today, and likely totally illiterate. Their life expectancy was less than half ours.
,
I'll ask some questions.  I'll ask  how much they would have to be paid to give up the internet including Facebook, etc., for the rest of their lives.  I'll ask if they would rather have been the richest person alive 200 years ago or an average American today.  I'll point out that there was no such thing as the internet when I was their age and the richest person alive 200 years ago never rode in an automobile or even had television.  I'll point out that 200 years ago people died of diseases that have since been eradicated by medical science.

I'll stress how $1,000 grows at an 8% rate of return over a working life of 40 years.  We'll talk a bit about the 401(k) and how that will likely be their first encounter with investing.  This will entail an explanation of mutual funds and the company match and a mention of the risk/return trade off.  The main message will be that, if they invest and save smartly, someday when their 65th birthday arrives (the hardest thing of all for younger people to grasp!) they will have choices.
Posted by Robert Wasilewski at 7:45 AM