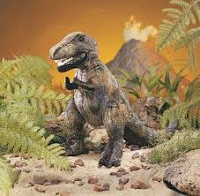 Here is a nice summary article by Kelly Greene of The Wall Street Journal on William Bengen's 4% rule:  "Say Goodbye To the 4% Rule."

This well-known, widely bandied about rule is based on research analyzing 30-year periods going back prior to the Great Depression. Its key finding was that 4% was the withdrawal rate, adjusted for inflation, that would have ensured one's nest egg wasn't depleted. The study encompassed widely varying and challenging markets.

Just for the record, the number one fear of retirees is running out of money.  Typically they don't.  But many do have to adjust life style considerably below what was anticipated.

More recently, of course, markets have experienced considerable volatility and two sharp downturns over a relatively short period.  Furthermore, individuals have had ever increasing responsibility for managing their retirement assets over this period as defined benefit plans go the way of the dinosaur. Careful management of the so-called nest egg is the order of the day.

Humans seek to simplify complex problems.  That's what we do.  Coming up with a single, one-size-fits-all withdrawal rate is a prime example.  Think about it--and you quickly come to realize that the withdrawal problem has a number of unknowns beyond the retiree's control; and coming up with a single simplistic rate is just, well, too simplistic.  There's inflation and market returns.  The big unknown, however, is how long the retiree will live.  Reflect on these unknowns, and you come away with an appreciation of the need to be careful in coming up with a single withdrawal rate number or even a simple process.  Flexibility is the order of the day.

Interpretation can also be a bit tricky.  In the article noted above, data from TRowe Price was cited for a retirement in the year 2000.  They concluded that using the 4% rule "...you would be left with only a 29% chance of making it through three decades..."  This was after the 3 years at the start of the decade. This interests me because this is a period analysts like to put forward to show that the 4% rule falls apart.

I don't have TRowe's data at hand, but I wanted to check it out myself.  I used data put out by BlackRock for a portfolio comprised of 65% stocks/35% bonds (TRowe used 55%stocks/45%bonds).  I used the 3% inflation assumed by TRowe (note:  forgoing the inflation adjustment in down markets can make a difference!).  I also assumed that the withdrawal was taken on 1/1 of each year; they assumed monthly withdrawals.

Here's my Table, extended through the end of 2012:

This period encompasses two sharp downturns.  In fact, the retiree is met with 3 down years at the start of retirement.  Later, the worst crisis since the 1930s hit.  And still, at the end of the period, the portfolio still retains greater than 80% of its value.  At this point, a 65-year-old retiree would be in his early 70s!

The bottom line for me is that you have to go in with a strategy.  Understand that markets go up and they go down.  Those who don't get this should stay on the sidelines.  Think about this.  This is what life is about.  You can have a great financial plan; but ,if you experience 2 serious illnesses within the next 5 years, any plan is stressed.  It's about handling the uncertainty appropriately which, admittedly, isn't easy.

The absolute worst thing is to get in, see the portfolio drop, and then abandon ship.  Many are on the sidelines today, having jumped ship in 2009 and wondering whether they should get back in.


Posted by Robert Wasilewski at 9:55 AM