Kitces on Spending and Retirement 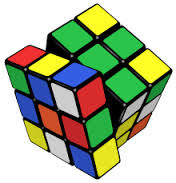 For those who don't know, Michael Kitces is a rarity - the smart financial planner and an original thinker.  Most financial planners I know are really good at learning complex rules for all the various situations that come up in the financial arena but not so much at questioning the consensus view.

Here is a piece, "Retirement success is about spending, not saving," he recently wrote for MarketWatch in which he looks at the simple notion of  saving a given percentage of income starting at a young age and exploiting compounded returns to get a six-figure nest egg.  Many readily accept this as the simple key to building a sufficient nest egg.

Kitces finds two caveats with this.  First off, the simplistic analysis actually assumes the nest egg will double in the last 10 years (in the real world, sequence of returns is important whereas people like to simplify and just use averages).  Think about this:  if we assume we're compounding at 8%/year, then we are assuming that the fund doubles in the last 9 years (think rule of 72).  Over that 9-year period, the fund appreciates, for example, from $500,000 to $1.0 million.

It doesn't necessarily work out like this in the real world.  Not a good thing to realize on your 65th birthday!

Another problem is that saving a fixed amount may not keep up with lifestyle.  Consider an extreme example, where you make $40,000/year and then in the last 10 years you make $400,000/year.  Saving 10% of income/year will leave you woefully short of financincing the lifestyle you've enjoyed your last 10 years of work.  Kitces emphasizes it's not just about saving but is about spending as well.

The whole business of how much needs to be saved, and even how much can be safely spent in retirement, is tricky.  In fact, it amounts to a Rubik's cube.  We don't know how long we will live, how the markets will treat us, or what inflation will be.  Spin the cube and the results can change meaningfully.  Only the minority will come close to realizing their goals.  The rest of us will be forced to ramp down lifestyle or kick the bucket with much more left over than we would like.  We will either have to take less trips, and eat at Hardee's more, or end up so that we would have preferred more weeks at Sanibel and more creme brulees than we had.

Still, Kitces's observations point up, at least to me, the importance of ongoing financial planning.  At least twice/year plans should be revisited (even if just using TRowe's free online calculator or a similar calculator) to even have a shot at getting the process halfway right.
Posted by Robert Wasilewski at 6:22 PM