Stocks moved sharply ahead in an earnings-driven market, with investors biting their fingernails and sitting on the edge of their seats as conflicting reports on the twin deficits were breathlessly reported by on the scene reporters. Approximately 3/4s of the earnings are judged to have come in better than expected. This, of course, is a bit of a game whereby companies drive down expectations so they can exceed them. A number of big name technology companies exceeded earnings expectations, gave good guidance, and predicted increasing margins. The darling of them all, as usual, was Apple Computer. Visit an Apple Store and you'll know why.

Driving the earnings for a number of companies was business outside the U.S. and especially in emerging markets. We should be OK as long as China continues to grow in excess of 9%. We love them, even if they are copying the Apple store.  U.S. companies getting growth from outside is a theme that will likely be with us a while. Everything's going mobile. People have an insatiable need for laptops, tablets, and smart phones all over the globe.

Banks also did well. To listen to their CEOs, they are actually on the verge of lending. The CEO of Caterpillar Tractor gave a blistering overview of Congress. Companies are waiting for trade agreements to be passed that would result in hiring by companies like Caterpillar. But, as we all know, Congress is too busy to be working on legislation that could improve the job picture.

Reports out of Europe seemed to satisfy investors. We are in a "kick the can down the road" (KTCDTR) environment, and that's what they did apparently with the Greek debt issue.  Speaking of KTCDTR, investors hung on every report coming out of Washington on the debt limit crisis. Depending on when you tuned in, it was  "close to a deal," "never close to a deal," "talking about $3 trillion in spending cuts with no tax increases," etc. etc. 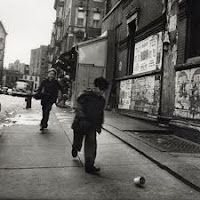 All of this is fascinating to anyone who has had the desire to understand the inner workings of an insane asylum. Investors fear for the worse and want to jump ship but feel that, if they aren't there when the debt limit increase is announced, they will miss a rally. It has the makings of the not infrequent Wall Steet feeling that a game of musical chairs is being played. It very likely could be an instance of what Wall Street likes to call "buy the rumor sell the news." There is a decent probability that, whatever announcement is made, it will dissappoint. In other words, the ceiling will be lifted; but meaningful reform of the real issue - Congressional spending and governance- won't be addressed appropriately.

In case you were on another planet, you don't have to feel bad. The ongoing 3-ring circus will likely continue as this week we get many more earnings reports - the energy sector et al. - and we move closer to the cliff's edge debt limit deadline of August 2.

All of this and 115 degrees outside. Great!
Posted by Robert Wasilewski at 6:35 AM