Nasty Day in the Bond Market 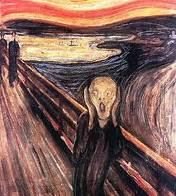 And, actually, the results of the auction were fairly good. Here's Bloomberg's assessment:

The 10-year note auction stopped out one basis point under the 1:00 ET bid, showing strength in line with the last four 10-year auctions. Coverage of 2.80 is strong yet is the lowest showing of the last nine auctions. Strong non-dealer participation is a big positive as dealers were awarded only 34 percent of the auction for the lowest share of the last six auctions. Money is moving into the Treasury market following the results.

The big question, of course, is whether this is the bursting of the much-discussed bond bubble.

We are past the news on Quantitative Easing II. We know the Federal Reserve's time frame and that they intend to buy up to $600 billion. We've seen some Fed governors expressing doubt about the efficacy of the move. We know that there is well-respected voluminous empirical evidence supporting economic theory that states that printing money is inflationary and non-beneficial to the real economy in the long run.

It reminds long-term observers of the macro economy during Nixon's price controls. Economic theory and evidence clearly shows that price controls lead to distortions that increase the longer they are in place. Yet Nixon's economic team somehow didn't understand this. Once the controls were lifted, inflation took off.

Today the Treasury auctions the 30-year bond. Its yield is up to 4.25% after dipping below 4% earlier in the month. It should be an interesting auction. If you can't wait for the results, tune into CNBC shortly after 1 pm.

As they used to say on Hill Street Blues, "Be careful out there."
Posted by Robert Wasilewski at 7:23 AM