Some will rob you with a six-gun, And some with a fountain pen.  Woody Guthrie 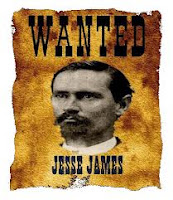 Talent comes in different forms.  Jesse James was good at robbing banks, Angelo Mozilo of Countrywide was expert at ripping off wanna-be homeowners, and James A. Johnson of Fannie Mae was at the top of his game in self-enrichment at the expense of the American taxpayer.  Like the prodigy who sits down at the piano at a young age and gets it, Johnson and Mozilo saw how national politics, policy manipulation, mortgage securitization, and ratings agencies being paid off all fit together.  He saw how Fannie Mae, a Government Sponsored Enterprise duopoly, along with Freddie Mac, could use the political advantage and the excessive profits generated thereby to win political favor to influence Congress, rip off the American taxpayer, and walk away a top 1 percenter.

Roles he and numerous others played in the 2008 housing crisis are the subject of Reckless Endangerment by Gretchen Morgenson, business reporter for The New York Times, and Joshua Rosner, research consultant for Graham Fisher & Company.  And many of those who played key roles are named in this book, which is unusual for this genre - I know because I have made a hobby out of reading books on the 2008 housing crisis.  The end of the book has a list of key players and where they are today--which by itself is a sobering eye opener.

I happened to have picked up the book on a whim.  I was  browsing the new book section in the library and saw it was by Morgenson and, because I enjoy her Times column, decided to give it a flip through. That got me to take it home with the objective of reading the first couple of chapters, and I found that I couldn't put it down.  Admittedly, some readers will find parts a bit tedious.  The book, however, is definitely worth reading if you are interested in the period and learning about the interaction between the financial community, lobbying, and Congress.

The ending, sadly, is depressing as most of these books are, in that it makes it crystal clear that nothing has really been done to prevent similar episodes in the future.  For example, the "too big to fail" issue is still with us, Congress can easily be bought off to garner favors, regulators are totally captured by the industries they regulate, and there is no need to worry about going to jail for blatant lying and manipulating financial documents.

Reading history can be scary because there comes a point where it dawns on you that, in effect, the people driving the bus are blind:  trusting that the people in charge know what they are doing (and, in this case, are doing what is in the best interest of the country) is a huge leap of faith.  Read Reckless Endangerment and you'll know exactly what I mean.

Posted by Robert Wasilewski at 8:16 AM