Stocks Yield Higher Than Bonds and Other Stuff 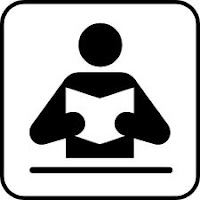 
Finally Europe:  Bloomberg Businessweek (7/23/2012, p.9) reports that the European Court of Justice ruled that workers in the European Union "are entitled" to another vacation if they get sick on vacation. Is this an incentive to, in fact, "drink the water"?

Posted by Robert Wasilewski at 8:18 AM