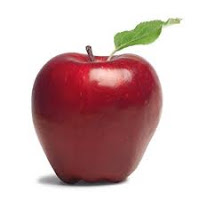 With the sharp move higher of Apple Inc. stock, investors are ramping up the attention paid to whether it is best to equal weight a portfolio or to market cap weight a portfolio.  A market cap weighted portfolio's performance can be dominated by larger holdings.  As the price of a stock goes up relative to other stocks in the index, it has a greater weighting and, thereby, influence on future performance.  It is why diversification recommendations try to hold individual holdings below 5% of total assets.  Some investors, of course, use an ad hoc approach with no discernible approach to weighting.

Weighting is an important issue, however, with indices.  The difference between equal and market cap weighting is straightforward - do you invest an equal dollar amount in each holding or do you hold an equal number of shares of each company.  Take, for example, 5 stocks and consider investing 20% of your investable funds in each.  This is equal weighting.  Instead, consider buying 100 shares of each.  This is market cap weighting.

The S&P 500 is market cap weighted.  As such, its performance can be heavily affected by larger positions like Apple.  When you think about it, this goes against the objective of buying low and selling high.  In response, portfolios of equally weighted holdings comprised of S&P 500 stocks have been created and offered as ETFs.  One example is RSP.  To equally weight the portfolio, .2%  is invested in each of the S&P 500 holdings.

It is instructive to view the performance of SPY and RSP over the past several years, as reported by Morningstar.

As shown, the returns are meaningfully different, especially when the market makes big swings.  The respective expense ratios are shown in parentheses.

Disclosure:  This post is presented for instructive purposes only.  Individuals should do their own research or consult a professional before making investment decisions.


Posted by Robert Wasilewski at 8:17 AM