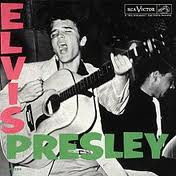 On 9/26/1988 the word "internet" first appeared in the Washington Post.  But we were busy looking elsewhere.  We were looking for Elvis, following the Bush/Dukakis debates, and wondering why the mighty Soviet Union had to ingloriously back out of Afghanistan.  We were blindsided.  Our world was set to change.

The Dow Jones Industrial Average ended the year up about 9% in price to a level of 2,168.57.  Two years later, in 1990, Tim Berners-Lee showed a group of physicists that he could get data from his computer by typing in code on computers in Alabama.  The physicists were reportedly unimpressed.  They failed to see a trillion dollar idea - the worldwide web.

Today, of course, our world is completely different - because of these events as we looked elsewhere. People of an older generation lamented the fact that their parents didn't get in on the ground floor of IBM.  Guess what - there have been a lot of IBM-type situations since!

At the time, information was not easy to get.  It was preceded by hobbyists meeting in garages to talk about the computer kits they were trying to assemble.  Graduate students remember going to the library to find journal articles they needed to Xerox for class - the articles were dated.  Today, of course, the worldwide web enables anyone with smarts and a laptop to easily find the top research papers in practically any field.  Worth thinking about.

When I think about the availability of information and the idea that the cost of obtaining information is down dramatically, I can't help but think that, 20 years from today, we'll look back at the present and marvel at what a great investment opportunity it presented.  My guess is that the world will change more in the next 20 years than it has in the past.  Cars will be different, houses will be different, education will be totally transformed (sorry chiropractors), and wondrous advances in bio-tech will be forthcoming.

To participate, we have to look in the right places.
Posted by Robert Wasilewski at 8:27 AM