Is This Your Biggest Investment Boo Boo? 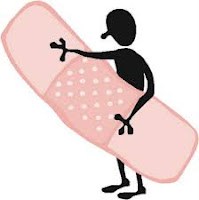 As I was cruising the internet recently, I came across a call for readers to submit their biggest investment mistake.  I chuckled and moved on, easily imagining possible submissions.  There will be those who piled into Apple Computer at the top, those who got out of the market in 2008 but never got back in, and those who (like Enron employees) lost their life savings because their 401(k)s was mostly invested in the company where they worked which went belly up. One mistake that pops up frequently is where people got caught in the dot.com bubble of the late '90s and watched their portfolio implode.

This isn't even touching on the business ventures people have gotten into with their bother-in-laws.

These mistakes all involve what economists call explicit costs.  For example, it is straightforward and easy to calculate the impact of a portfolio dropping from $180,000 to $100,000 because the dot.com market fell off the cliff or $30,000 put into a business that went belly up.

As it turns out, a portfolio of 60% stocks/40% bonds + cash is up 8.21% year-to-date.  $100,000 parked in cash since the beginning of the year has had an opportunity cost of more than $8,000.  Consider this over a multi-year period, as happens with some people, and you see why I consider mis-allocation of assets the biggest investment mistake of many.

Admittedly, we don't know where the market is headed in the short run; and, in fact, the cost could be reduced sharply from here or it could go higher.  Over the longer term, though, carefully thinking about asset allocation and potential opportunity costs is critical for retirement success for many individuals and is a potential mistake worth seeking to avoid.

Posted by Robert Wasilewski at 3:01 PM